Roku TV: The Complete Guide To Free and Paid Streaming 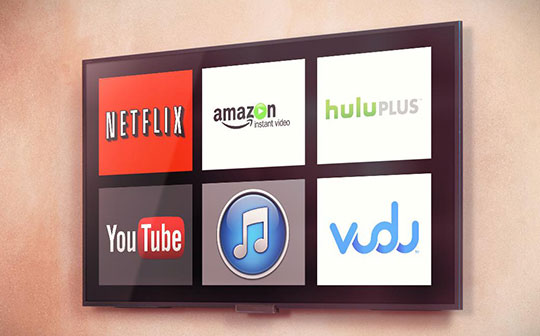 In Japanese, the word Roku means six. In your living room it means streaming television and movies over a wired or wireless connection to your TV. The name, does hold a little meaning, founder and CEO, Anthony Wood, started Roku in 2002 and it was his sixth company to start.

We will also cover the channels, both free and paid (although not to exhaustion as there are too many). By the end of the article, you will know exactly what you are getting (or opt not to get) when using a Roku device for your home entertainment.

Streaming services aren’t new to consumers. We have been using devices like the Roku since their inception. While Roku TV remains the leader, others are fast approaching. With mega-companies like Google and Amazon in on the market, Roku continues to remain strong.

Will Roku TV replace cable or satellite? The debate continues to this day with one said adamant Roku streaming is better, faster and more reliable, as well as less expensive. The other side, though maintains that to even run the Roku you must have an internet provider which is generally the cable company.

The real question is will Roku replace cable or satellite for you? It is a personal choice and one not to be made lightly. Cutting the cord on cable can be risky. While you will save money on your bill initially, you may find yourself justifying more and more channels that will result in larger and larger bills.

It is possible to run only on Roku TV and not miss anything that you would have from cable or satellite. However, once you pay for all the services your monthly bill will be about equal or even more, in some cases.

Roku channels are not a typical channel as you may be thinking. Instead, they are more like apps that you can select from. For example, the paid service Netflix is a small icon on the Roku menu, selecting this channel will open the Netflix app and allow you to watch movies based on your Netflix subscription.

Each app is known as a Roku channel. Some are free, such as local television, some sports apps and free movie apps like Crackle or FilmRise. The majority of the free apps are ad-supported and you will see video ads prior to or even during a movie or show.

Paid apps come in all varieties. HBO has the HBO Go app for Roku and you can experience everything HBO has to offer right on the Roku device. You have to subscribe to the services separately, however, and this is where your costs can add up.

The various Roku devices must somehow be able to scroll through menus, play, pause, resume or stop programming as well as control other TV controls. The Roku remote will do this without a problem. Depending on the Roku device you have some even come with ready to go buttons for the more popular channels like Netflix.

There are several different remotes you can choose from that will control a myriad of Roku devices. Some are, of course, specific to the Roku device itself while others can control multiple Roku devices depending on your needs.

There are Roku remotes that are voice activated, voice searchable, illuminate, or your standard infrared remote control. Most will not control television items such as volume or channels. However, there are some that can.

Each Roku device will come with a remote, however, if you would like to upgrade you will need to make that purchase separately. Before making the purchase, you should ensure that the particular remote you are after will, in fact, control your particular device.

The Roku gaming remote has extra buttons and motion activation for gaming control. It also has a headphone jack for private listening while playing games. However, the gaming remote is only compatible with the Roku 2 or Roku 3. If you have a Roku 4, you will need to look for the Roku enhanced voice remote for compatible features.

To keep up with the industry and make streaming video more portable Roku introduced the Roku streaming stick. This small HDMI stick plugs into the port on your TV directly and connects to your wireless network. Once connected you will be able to enjoy thousands of movies and television shows, have access to all of your paid subscription services and search using your voice.

The Roku streaming stick comes with the voice remote control. You can plug in headphones and use voice commands to search for programs, start and pause playback and listen in private.

The Roku streaming stick is portable, which means you can take it with you., Form room to room or on your business trips to use in the hotel rooms. As long as there is an HDMI port on the TV and a wireless internet connection to connect to you can enjoy your TV and movies anywhere.

The Roku box is what started it all. This little set-top box will set on the entertainment center or shelf next to your TV. It will need a power source and will plug into any standard outlet. You will also need to supply it with internet to be able to display your channels and stream your movies and shows.

The box is versatile with the internet, though, and will accept a hardwired connection via ethernet cable straight from the modem, or a wireless connection from a wireless router.

As long as the signal is string enough you will experience all that the Roku has to offer whenever you turn it on. You will have access to over 500,000 movies television episodes and games.

The Roku box comes with the standard infrared remote control, however, depending on the model you choose you can upgrade to a voice-activated version or the gaming version remotes.

Unlike the Roku streaming stick which only has the single remote option, you can also enjoy voice activation, gaming controls or headphone jacks for private listening. Each remote is, of course, a separate purchase.

It should be noted that the remote controls with channel and volume controls should work on most televisions. However, this isn’t a promise and you may find that your television cannot be controlled by the Roku remote.

Every now and again there will be an issue with any electronic or internet connected device. Luckily Roku is simple to operate and the troubleshooting list is short.

If you find that there are issues you should first check your internet connection to make sure the Roku streaming stick or Roku box are getting the proper signal. If so you should cycle power to the Roku box, or unplug the stick fro the television.

If the issue is in the control of the device you should always check the remote first. Ensure it has fresh batteries that are inserted the correct way and that the infrared beam has direct access to the box.

If all else fails, you can always contact Roku support for quick and reliable assistance.

Roku has pioneered the streaming video market and continued to make improvements on designs, features and user-friendliness. Even with other companies such as Google, with the Google Chromecast, or Amazon with the Amazon Fire Stick, Roku continues to hold its own at the top of the proverbial mountain.

Innovative features such as voice-activated search remotes, or gaming buttons included for gaming controls, Roku keeps raising the bar that everyone else must match. Roku also as one of the largest libraries of TV episodes, movies, games and series.

Now with the release of the Roku streaming stick, you can take the Roku anywhere there is a wireless internet connection. The streaming stick is perfect for use in hotels while away from home or in a dorm room while studying in college.

They also have different remote controls for your selection and use. The standard remote comes with all boxes and can be upgraded with a separate purchase to one with gaming controls of voice search abilities.

Despite what the rest of the industry is doing, Roku continues to push the envelope and add new features to its devices. With a library of over half a million movies, TV episodes and games, it is easy to see why.