The Future of Television: Viewing Experiences Then, Now, and Later 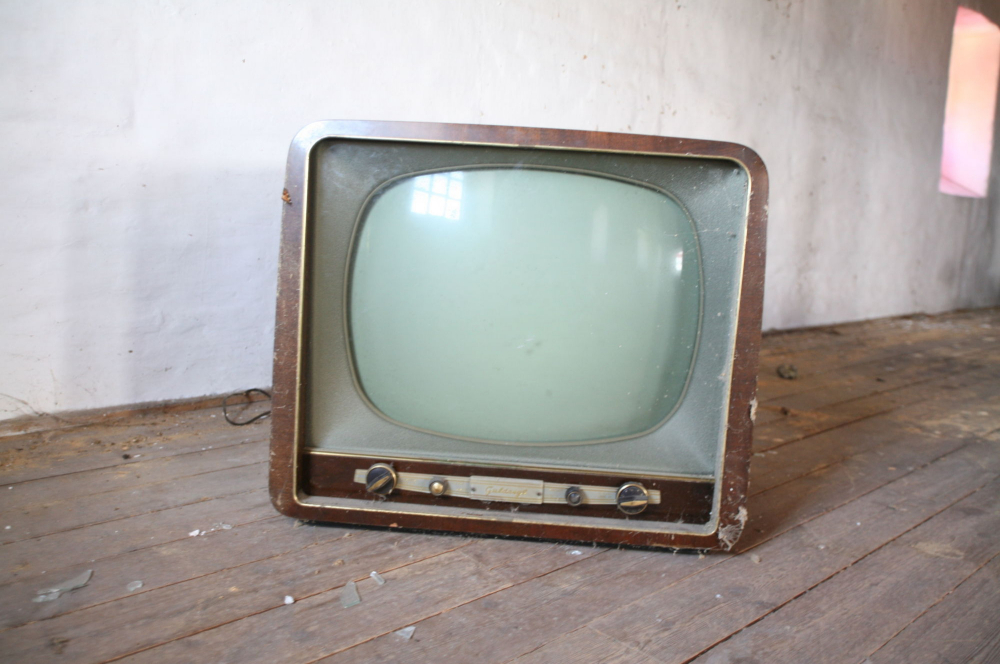 Television viewing experiences today are nothing like they were ten, twenty, or even thirty years ago. It used to be that people did not have cable TV options. Instead, they placed an antenna on top of their TV and flipped through an assortment of available channels. There were not many channels available at the time, either.

Today, you have access to hundreds of channels. You also have other ways you can opt to have media delivered to you for viewing. The future of television has come a long way and will continue to progress to a point never before seen. Long gone are the days when you only had a few viewing options available. Now, you can watch almost anything you want whenever you want.

Back then, people faced limitations in the way they watched movies and TV shows. They never could have imagined the way the future of television broadcasting would change the entertainment industry. Future televisions technology now offers invaluable ways to receive their media entertainment.

Say goodbye to those large, clunky cable boxes that take up far too much space on your TV stand. Televisions of the future have no need for silly devices like that. With smart TV technology, you can access video streaming rather than putting up with cable company equipment. With a smart TV, all you need is the TV and a sound internet connection.

If you do not have a smart TV, you can opt to purchase a small device that plugs into your TV via USB connection. USB devices that deliver TV and movie content include Roku, Apple TV, Sling TV, and several other media options. The Roku box is worthwhile for many because you can access apps such as Netflix, Hulu, and Amazon Video from it.

The future of cable TV has come a long way from the past. Now, you no longer have to flip through channels endlessly waiting for your favorite show or movie to come on. Instead, you can access a library of content, which includes popular movies and TV shows, as well as plenty of Indie flicks. You can watch what you want whenever you want rather than waiting.

Do you need to step away for something? Pause your movie and have the option of resuming when you are ready. That is not something you can do with standard cable TV, nor is it something you would have been able to do twenty or thirty years ago. Perhaps if you rented a movie or show you could pause it, but you otherwise had to stay in place and wait for a commercial break.

Now, people often ask, “What is a commercial?” Commercials are few and far between. In fact, people are not as accustomed to commercials like they once were years ago, so even short ads seem annoying and disruptive. Yet some streaming services use short advertisements to keep their costs low.

How could streaming video services possibly gain any more advancement? What will future televisions technology deliver that we do not already have? Unless you are a time traveler, there is no way to know for sure what the future holds, but there are at least some solid predictions based on news trending around video streaming services.

You will likely say a lot more personalization and customization when it comes to video streaming services, too. However, you may see a price increase. Eventually, when people break away from cable entirely, streaming services may decide that their services are invaluable enough to raise the prices. For now, you are safe because people reported that they will not pay more than a set amount for streaming.

The future will also likely see the end of streaming rentals. Currently, you can rent TV and movie videos streamed directly to you for a price. As time goes by, the videos will be available as part of a package rather than as individual rentals. Netflix and Hulu do not offer video streaming rentals, and it is a common prediction that other companies will eventually stop offering them, too.

Finally, you will likely see an increase in the number of sports content you see delivered via streaming options. Currently, live sports online have a lot of limitations. To watch sports live, you often have to have a cable subscription. Many experts predict that as people move away from cable TV, more live sports will become available through streaming channels.

Perhaps you want to know why video streaming might eventually be the death of the traditional cable company. As it currently stands, people pay far too much for cable TV services. Cable companies often monopolize certain areas, too. People do not have cable provider options. They cannot decide they don’t like Cable Company “X” and then switch to Cable Company “Y.”

Because of monopolies, people are often stuck with just one cable company option. Because they have a monopoly, cable companies can charge extraordinary fees for their services. People do not like have to shell out an arm and a leg just to watch TV and movies for entertainment. Video streaming developed as a way to provide that entertainment in a cost-effective manner.

Now, people can stream movies to different devices, such as their smartphone, tablet, game system, PC, or smart TV. Doing away with expensive cable TV prices is something many people enjoy. They can cut down on costs and still enjoy their favorite TV shows and movies. In fact, they have greater control over the entertainment when they opt to use streaming over cable TV.

That is not to say that the future of cable TV does not exist. It is possible that cable TV providers will also make significant changes to catch up and draw their customers back into the fray. However, it will be difficult for them to compete with the benefits of video streaming and future television technologies.

Overall, it would seem that cable TV is slowly dying out as the future of television continues to advance. Television technologies now accommodate streaming services more than cable TV services. Many television manufacturers produce smart TVs capable of connecting to the internet and delivering content through streaming services.

Considering that streaming services compete directly with cable TV, it is clear that TV manufacturers support streaming services as we move into the future. Even if you do not own a smart TV, most newer model TVs have an HDMI or USB port. You can plug streaming devices into your TV using the USB port on your TV and enjoy movies and music as you wish.

Also, if you have a computer with an HDMI port you can connect your computer and TV together to enjoy video streaming options. In truth, the future looks very bleak for cable companies everywhere, but it does look promising for video streaming companies. Perhaps that is why experts expect more streaming providers to crop up over the next few years.

The glory of it all will be that you do not have to worry about a monopoly. You can choose whichever streaming company you prefer based on finances, wants, needs, and services. You will have the option of shopping around until you find one that offers what you want and need for a price that seems fair to you.

With so many streaming companies available to choose from, it will keep them on their toes and keep their prices competitive. Competitive pricing is partly why streaming services remain so affordable. If there were only a handful of services, you might start seeing a hike in price. Of course, the fact that cable companies still exist is also why they keep their costs low.