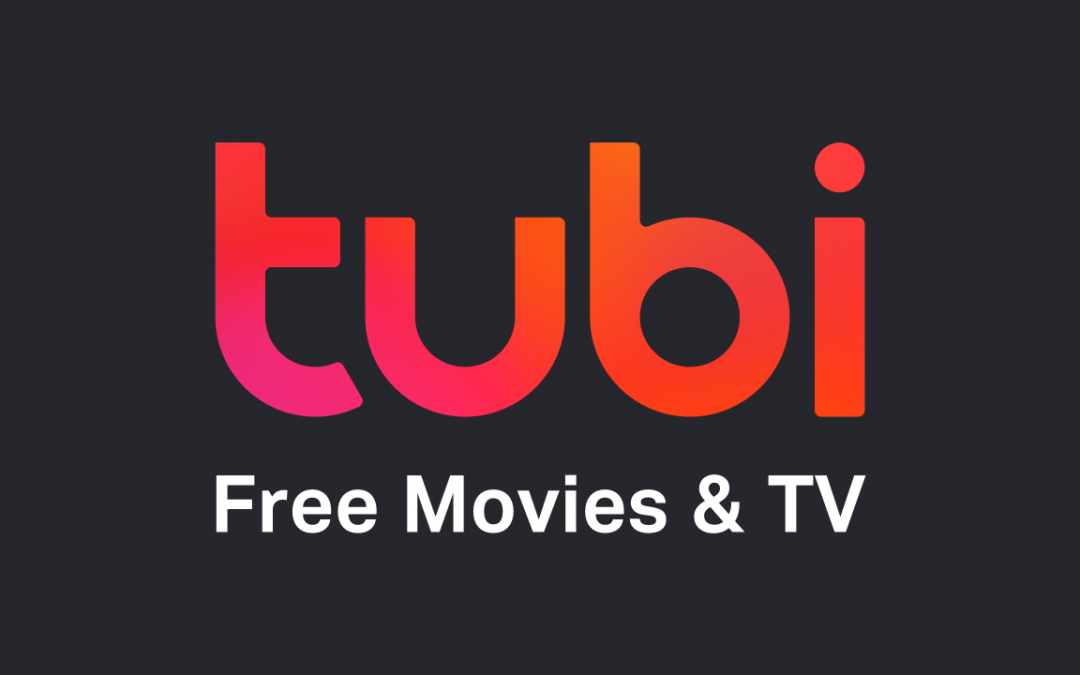 Streaming services like Tubi TV changed the television landscape. A viewer’s reliance on network TV scheduling programming fundamentally altered with the streaming innovation. Now, a choice of films and TV shows were accessible, 24 hours a day, 365 days a year, on a multitude of platforms.

Tubi TV is an upstart company whose popularity has grown since being founded in 2014. It is attempting to challenge Netflix’s dominance in the streaming industry. Netflix has offered its service to subscribers for over a decade, its brand and lexicon becoming a fixture throughout popular culture.

Tubi TV has required some imaginative ideas to become relevant in what has become a saturated marketplace. The company wants to continue to market itself as a legitimate alternative to Netflix. If it is to be successful, it must be inventive and accessible.

Also, given that technology is continually evolving, the company will have to keep adjusting to an ever-changing environment.

There are many reasons to become intrigued by this company. If you are contemplating whether to sign up for the service, consider, it’s free! But is there a catch?

What Is Tubi TV?

Tubi TV is a free streaming TV service that has several significant caveats differentiating it from Netflix. These include cost, content, and accessibility. The company currently provides services in both the United States and Canada.

It has also recently expanded to Australia, which shows that there is indeed an appetite for alternatives to the current streaming giants.

In some ways, Tubi TV is similar to Netflix. It has designed an algorithm that customizes its content to the wants of each viewer. The service can analyze the selections of whoever is watching and offer suggested titles based on this data.

The fact that Tubi TV can quickly actualize the demands of the viewer serves to improve its brand recognition.

A competitor wanting to prove itself as an alternative to Netflix must establish and strategically manage its target audience. It must compete against a brand that has become ingrained in our modern vernacular. Netflix has built enough financial capital to be able to invest in original programming content.

Thus, without the money to invest in creating material, Tubi TV has to rely on one major factor. It must focus on developing and expanding its back catalog of movies and TV shows. These films are the foundation and marketing tool for the entire venture.

The first significant contrast to Netflix is that Tubi TV is entirely free. It is one of the most extensive free streaming services in the world. Netflix charges a monthly subscription fee, which makes it either inaccessible or undesirable for many people.

If you have a device that can access Tubi TV, then you can sign up and start watching without any fees.

The fact that the actual content on Tubi TV is free means that it doesn’t have to leverage itself against other subscription services as it competes for market share.

Instead, its cost, or lack thereof, is its primary marketing tool. Furthermore, a free service means that people can test it out and compare it to Netflix without any charge.

At this point, you are probably asking if there is a catch. Right? Indeed, there is. The major attraction of a subscription streaming service like Netflix is that there are no advertisements. Thus, another contrast to Tubi TV is that while access is free, there are advertisements, before and during programming.

This fact may be enough to sway those on the fence not to bother with this service. After all, one of the major attractions to streaming Netflix is that there are no commercials. Tubi TV manages to keep its ads reasonably short. Nevertheless, they are there.

It considers itself a legitimate alternative to Netflix. However, because commercials are interrupting the movies and shows, is this a valid contention?

The answer to this question must lie in the actual quality and quantity of its library. How good are the films and TV shows on their platform?

Cable TV is becoming increasingly obsolete, given that it doesn’t have programming that can be chosen and watched at the viewer’s convenience. Despite not producing original content, Tubi TV does offer a lot of material.

Most viewers don’t just want a streaming service to provide b-list movies and TV shows. They want some real substance. Tubi TV wants viewers to regard it as a viable option for Netflix. Thus, it must have a significant number Hollywood film titles and shows in its library.

A quick examination of the Tubi TV website reveals that while there are major Hollywood titles, there is also a lot of random filler. However, this is true of any streaming service, including Netflix.

Currently, Tubi TV boasts a programming catalog second only to Netflix. Thus, a potential viewer will find plenty of material to watch and enjoy.

Netflix has a substantial library of films and TV shows. However, it differentiates itself in the market by producing and developing original programming.

Tubi TV doesn’t provide any original content, so it needed to establish an extensive library to gain a foothold in the business.

Accessibility is an issue if Tubi TV considers itself as an alternative to Netflix. At present, you cannot access the service through mainstream platforms in Europe.

Also, in Canada and Australia, the restrictions to watching the more popular content on Tubi TV suggests that outside of the U.S., it’s not the best option.

There is a one time charge for a media player, but if can do without cable TV, then you can equalize your expense. You do need to consider the data expenses associated with Wi-Fi when using Tubi TV. Although, giving up cable can save you money.

Choosing Tubi TV means that you will need to use a media player or gaming console to watch the programming. Each of these devices has both positive and negative attributes.

There’s not a differentiation from Netflix with regards to the specific media players needed, as outlined below, to view Tubi TV.

The actual technology that supports each of the following devices is very similar. You will plug an HDMI cable into your TV and then ready, set, go! 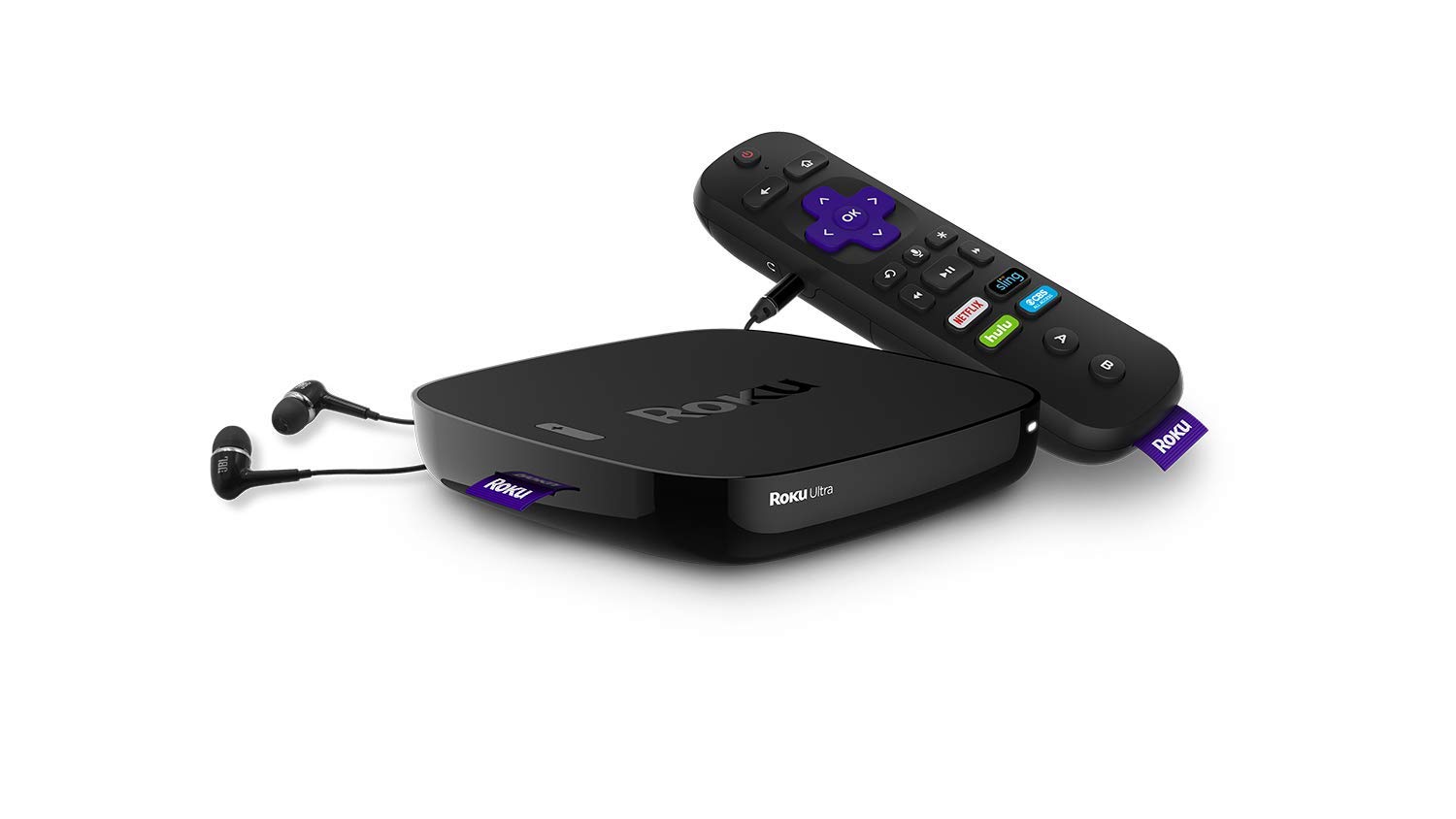 Roku requires only an internet connection and an HDMI cable to use. The Roku device is an easier gadget to use than the other media players on this list.

After hooking up to your TV, it allows you to stream content and watch television. Tubi TV is available using Roku, which requires 4k connectivity. 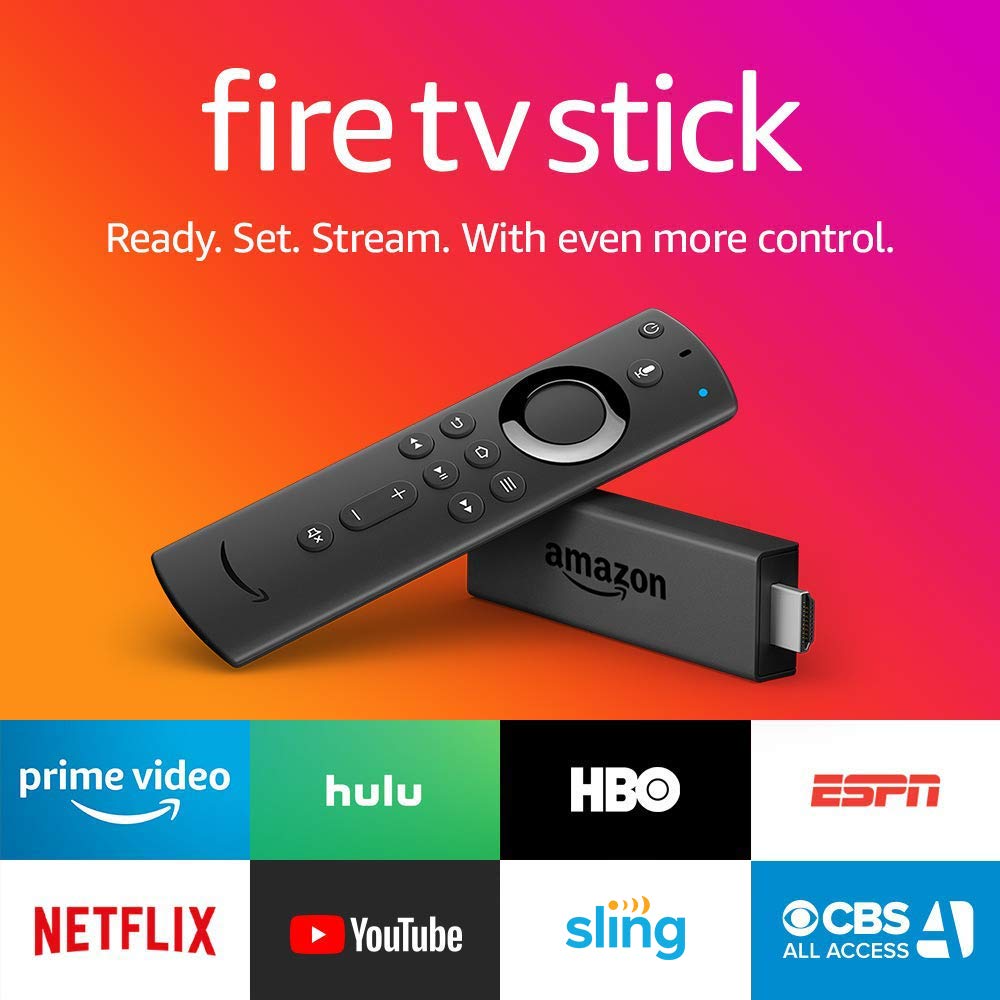 The Amazon Fire TV is another example of a device that can you can use to access Tubi TV content. It’s similar to Roku in that it is a media player that uses an HDMI cable.

It differs from Roku because it has more memory. This memory will allow you to store more apps and also help reduce any buffering that might occur on your device. 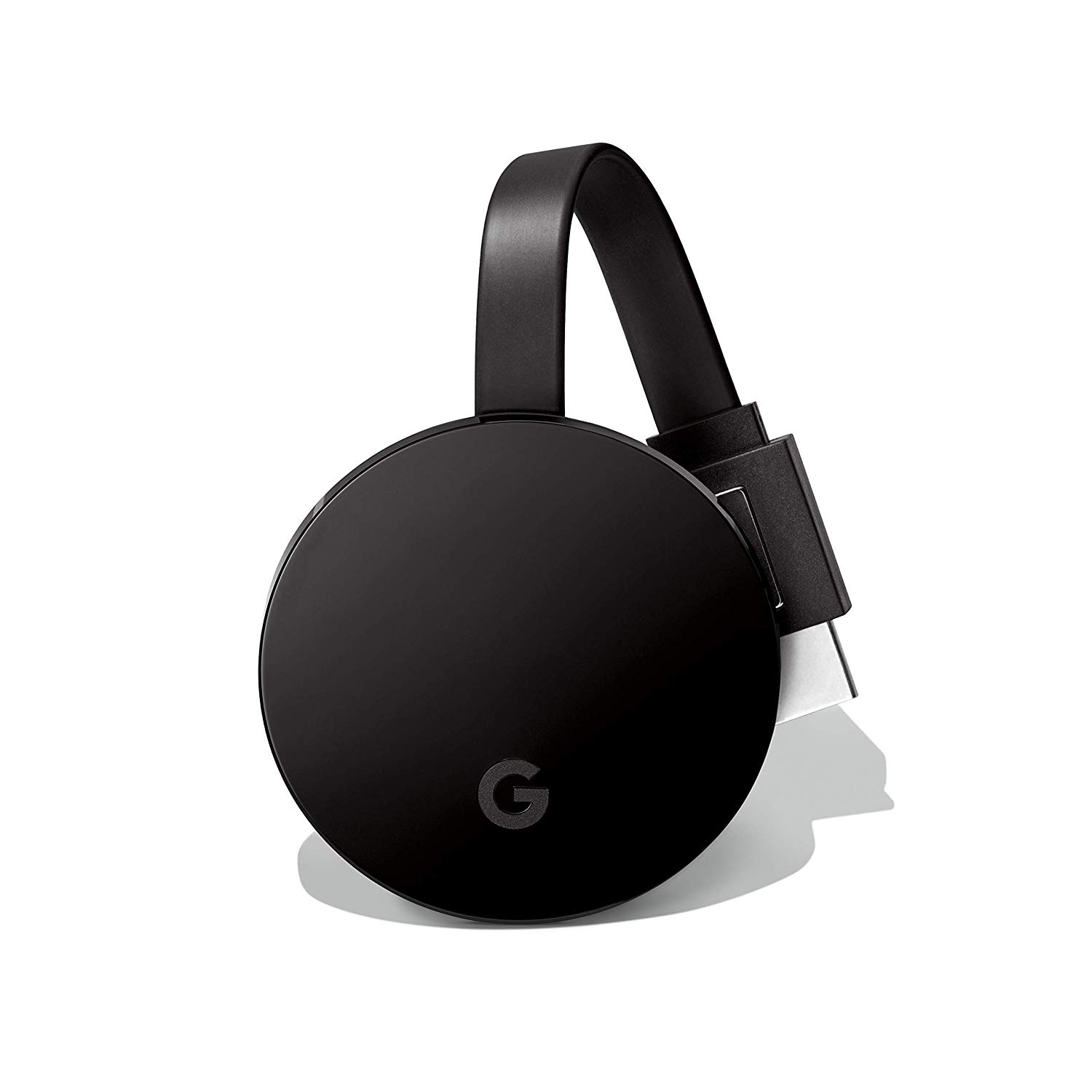 You watch Tubi TV on the Google Chromecast player, a media streamer whose speed and low price make it a great option in the streaming world. It will disappoint those wanting an actual remote control though, as it relies on a mobile device or a laptop to operate. 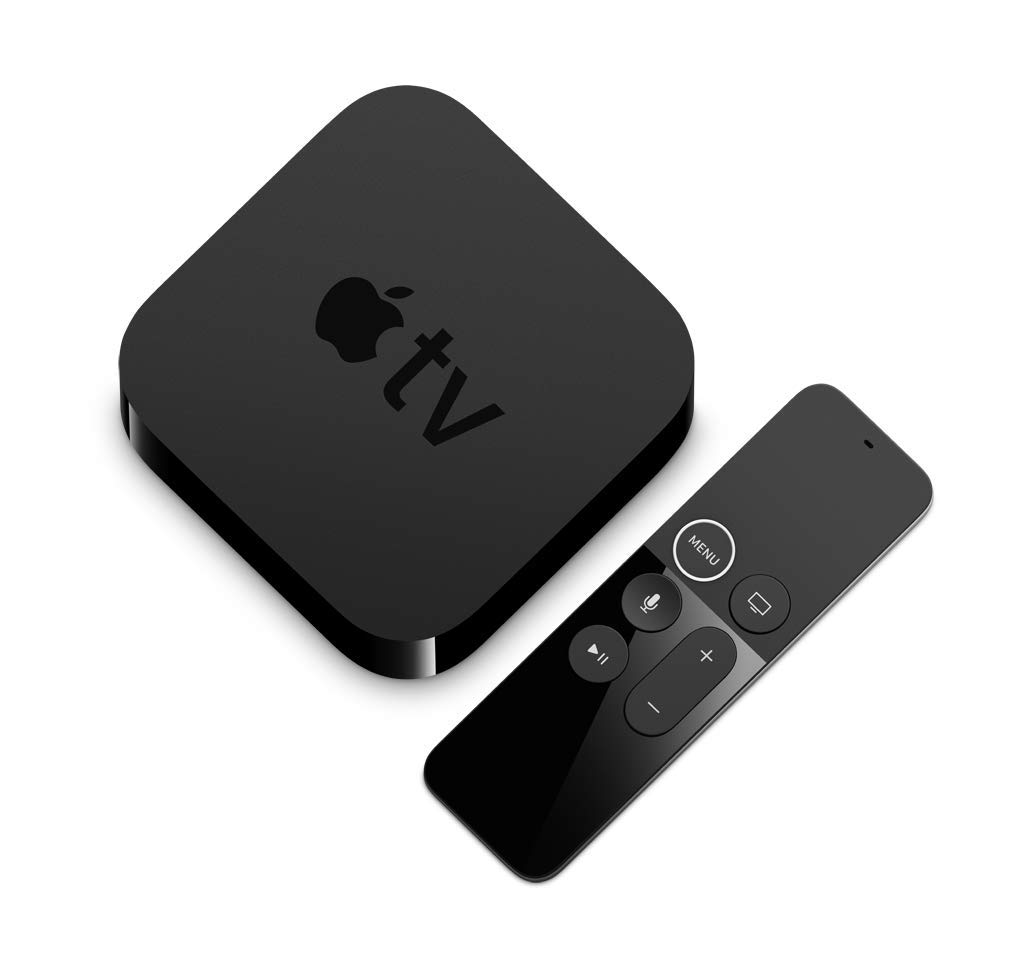 The Apple TV media player functions with an iOS system. It’s not an actual TV. It connects to your TV with an HDMI cable and has apps that can be installed, including Tubi TV. You can check out the Tubi TV app on Apple TV, and given the cache of the Apple brand, this is an important point.

The primary benefit of this media player is the vast array of app content that is available to download and the ability to control it through your iPhone. 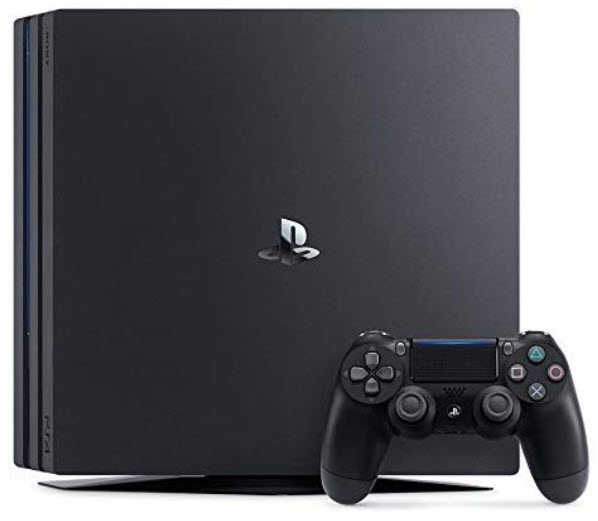 The great thing about gaming consoles is that they are multi-purpose. You can play video games and then take a break and watch a movie, all without having to switch to another device.

If you are a gamer and want to watch Tubi TV, you can use your Xbox or Playstation.

Do I Need a VPN If I Am Not in the United States?

A VPN, or Virtual Private Network, is a device that allows a user to secure more privacy in the online world. Essentially, what the tool does is allow you to disguise your location by changing your IP address from your current location to another place.

Therefore, someone in a European country can appear to be in the United States.

Given it’s global expansion, a viewer in Canada or Australia does not need a VPN to access content on the service.

Although VPNs are legal in the United States, the European Union has restrictions on the devices. Therefore, anyone in an EU country trying to gain access to Tubi TV using a VPN could be subject to legal repercussions.

There are non-EU countries that do not adhere to these restrictions on VPN use, so a viewer should be aware of legalities in their home state.

In theory, these two streaming companies offer the same service. A viewer can access films and TV shows from their home without having to be subject to a typical television channel’s choices and scheduling.

In practice, they are quite different, though. Tubi TV does not offer original programming, and its catalog is not as extensive as that of Netflix. Access to its content is either not available or restricted outside the United States.

And yet, the big question is whether Tubi TV is a legitimate alternative to Netflix. At least in the United States, you answer that question with a yes. But, not a resounding yes. It has advertisements and not as much content. But, it has films and TV shows that are available free of charge.

So, for anyone not able to pay for a subscription service, or for anyone who does not want to pay a fee, it’s a good alternative. Sign up and try it out! You don’t have anything to lose and certainly not your hard-earned money!

Please feel free to comment on this article. We would love to hear your opinion!