PlayStation: So Much More Than Just a Gaming Console 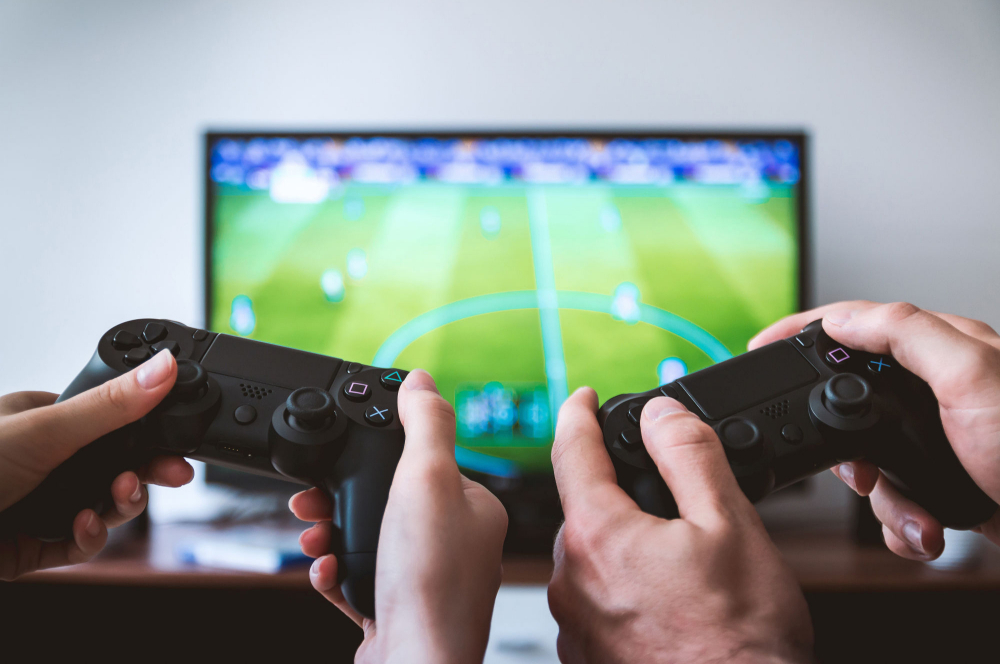 When you think of television and movie streaming the first thing that pops into your head is probably not a gaming console. However, that is what you get if you have a PlayStation TV. You can have the games you love to play, the features and graphics of high definition, and an expandable memory slot for storage.

However, you can also subscribe to the PlayStation Network and PS TV to get more features than you might have thought possible. In this article, we will discuss the streaming qualities and options for the PlayStation. We will look at what the Sony developers have enabled and how it will benefit you as a consumer in the long run.

It is quite possible that after learning about the video streaming and other capabilities of the gaming console, you may never wish to leave your living room again.

What Is Streaming on the PlayStation TV

The idea behind the PlayStation TV, also known as the PlayStation Vita, or Vita TV, is to have a compact and easily portable method of playing your favorite PlayStation games. The system fits in the palm of your hand and connects to your television with an HDMI cable.

You can use either the dual shock 3 or dual shock 4 gaming controllers with the system and play a huge library of PS3 games. What’s more is if you have a local internet connection you can also link to the PS4 and play more PS4 games through the Sony PlayStation TV system.

What you may not realize is that with the PS TV you can also stream movies, videos, television and more. Using the PlayStation Now service, you will be able to download and stream any PlayStation 3 game, even without having a PS3 console.

You can also download or stream movies and television shows through the PlayStation TV. You will have access to hundreds of major network programming as well as the option to rent or even buy hit movies right from your living room.

Through cartridge or download play, you can have access to virtually every game in the PlayStation 3 library. However, there are certain limitations.

Because the PlayStation TV runs an emulator, there is not an option for the gyroscope or microphone. This limits certain games from being played. As of this writing, there is no option or plans to remove these limitations.

The original design had a portable display screen and had an upscaler to support resolutions up to 1080i. However, upon release, this plan was scraped, and the display screens were never released nor included. Instead, an HDMI port was used to connect the PlayStation TV to an external display. In the second release of the model, the upscaler was removed altogether.

One of the major draws was the affordability with the current price falling below $100 US. For this price, you have the console and controllers and access to the library of PS3 games. There is more though. You also have access to the PlayStation Network.

The PlayStation Network is Sony’s digital media entertainment network. There are several facets of the PSN that are free or require a subscription. The base plan of the PlayStation network allows members to play games online with other members over an internet connection.

You can also pay for the PSN Plus, which offers more benefits such as free monthly game downloads, sales in the PlayStation store, and early access to new titles. With this paid service owners of the PS TV, PS3, PS4, and some mobile devices and smart TVs can access the features of the network.

There are also cloud-based services that members can subscribe to. The PlayStation Vue is a streaming service that provides on-demand television shows and live TV. You can also subscribe to PlayStation Video which is a service similar to Netflix that allows members to watch movies and videos.

Other services include the PlayStation Now that gives its member access to hundreds of PS 3 game titles. There is also the PlayStation Music service which is a radio and music provider that has partnered with Spotify to allow you to listen to music, radio and other audio events.

Lastly, there is the Live Events Viewer. With this subscription service, you can watch live sports, music and other entertainment events. Most of the programming is on a paid, on-demand format where you can select and pay for only what you want to watch.

The PlayStation Network also includes software for Android and iOS devices to allow access to the PSN packages.

PS Plus is a paid subscription service that allows members access to free game downloads, early access and other features.

You will be able to receive system and software updates and downloads as well as patches and upgrades. There are early access benefits as well, allowing the members to preview and play games before they are released.

You will also have access to what PlayStation calls the Instant Game Collection. This is a collection of free to play games on a rolling basis. Every month new games are added to the list that members can play for free.

As new games enter the list the older games exit the list. However, as a paid subscriber you can keep any game you have played as long as you are a current subscriber. If your membership expires, though, you lose your games.

The PlayStation Store is a marketplace for all digital goods and services for members. Here you can purchase and download such things as game add-ons, receive game updates or patches and enjoy membership perks like avatar creation, background screens and music.

The store is updated once a week with new merchandise and features. You can access the store to make your purchases with a credit card, through PayPal or with PlayStation network cards. These cards are prepaid cards that act like a credit card, only with a limited and specific amount. Once used they cannot be reused and new ones must be purchased.

You should note that if you purchase a PlayStation network card from a retailer and activate it, it cannot be returned. Also, the funds are only good in the PlayStation Store. You should dread all details and agreements prior to purchase.

Sony is trying to compete with Netflix in the original program department. They have asked members to submit ideas for television series and selected the top five to turn into pilot episodes. Once made the pilots will air on the PSN to be voted on by community members. The winner will then be turned into a PlayStation original series.

One of the small features that really stands out with the PSN is the Remote Play. This feature allows a member of the PlayStation Network to invite a nonpaying member to join a live game online, even if the nonpaying member doesn’t own a copy of the game.

Trophies are in-game rewards that allow you to complete a game and find all the hidden details or complete all the tasks. Trophies have no monetary value and are game specific. Players use the trophies as bragging rights to show how much of a game they completed.

The PlayStationTV supports Remote Play. This allows you to stream a PlayStation 4 game through the console to the PS TV to play remotely. You will be required to have a wired or wireless network active, however.

Parental Controls are also enabled and can be used to block access to age-restricted material. This includes games and any content on the PlayStation Network. You can set up parental controls right on the dashboard and edit them as needed.

Sony PlayStation TV system is a small, portable and affordable unit that allows for compatible gameplay with PlayStation 3 games. You can play locally on a television with an HDMI cable and will be able to join the PlayStation Network. Through the PSN you will have access to even more games, movies, music, videos and television programming.

With the PS TV, you can stream videos, games and more for free or by renting or purchasing. You are able to join the different subsets of the PlayStation network such as the PS Plus, PS Vue or PS Now. These services will allow you to enjoy streaming television, on-demand movies, music and more.

You can also enjoy subscription services to play free games every month for as long as your membership is active.