Virtual Reality: Now a Reality and Coming Towards You 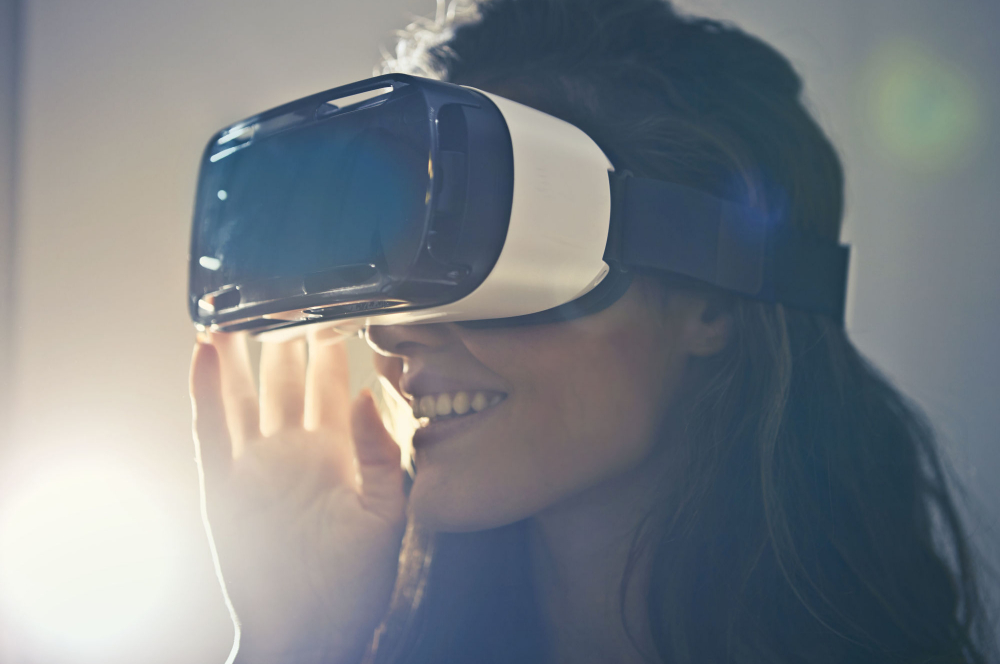 Now that we are in the future, according to those older movies, we have robots to clean our floors and we even put a car in space. We also have virtual reality. No longer are there just movies about virtual reality, you can actually watch movies in virtual reality.

This article is designed to show you all of the gizmos and gadgets you will need to experience virtual reality for your self. Whether it’s from your cell phone, your gaming system or in the movie theater itself, virtual reality is here, and it is taking over.

Virtual reality is a term used to describe an alternate or parallel universe that we can peek into or become a part of. There have been many movies made about the concept and some have been more liberal with the definition than others.

The Matrix trilogy, for example, is a series of movies about virtual reality, what is real and what is not. Other examples include Tron, The Lawnmower Man, Virtuosity and Brainstorm. Each of these films gives you the writer’s take on how one dimension can intertwine with another.

Ever since we became fascinated with the ideas, we have tried to find a way to make virtual reality, well, a reality. You may remember going to the movie theater and wearing a special set of glasses. These glasses allowed you to see the characters and items in the movie jump off of the screen and right at you.

The three-dimensional film was the start of virtual reality, although it took quite a while for technology to catch up with our imaginations. The concept of virtual reality isn’t new, and it has been used in simulators, gaming devices and even immersion videos for years.

Virtual reality movies started appearing online where you could actually turn, physically in a 360-degree circle and looking through your cell phone screen see a different world. YouTube now has a specific area just for these types of videos called YouTube VR.

While impressive, these videos aren’t true virtual reality, so we kept plugging along. Shortly after the YouTube VR, we had video games that could be seen with the use of headsets. Now you can even play entire games with your self as the main character. Using actual movements and gestures to control the game.

Along with the movie, game or video you need special equipment to view and interact with the alternate worlds. This equipment is now available for use in the home, thanks to modern gaming systems like the Xbox and PlayStation.

Mobile devices were among the first to offer virtual reality glasses. These are now known as mobile units. You place your phone in the glasses and place over your head, the glasses then split the image for your eyes and allow you to experience the view in virtual reality. Since you don’t need to plug into anything your motions control the video, game or images and you can turn, duck an dodge through various virtual reality landscapes.

HTC and Google both have mobile virtual reality headsets. Samsung Gear VR and Google DayDream are the most popular and are relatively inexpensive. For non-tethered, or mobile VR, they are sound options.

For a more impressive experience, you will need more rendering capabilities that a cell phone provides. This is where tethered virtual reality headsets come in to play. These headsets plug into a computer or gaming system and have controllers for even more options.

Other options require a PC. Oculus released the Rift, which requires a PC to plug into. You will be tethered to the PC, but the experience will be more detailed and in-depth than the mobile units. You will have better tracking, positioning and rendering for videos, movies and games.

Microsoft is working on a mixed reality version but has yet to release anything to the public. However, the HTC Vive will work on Windows operating systems even though it is not a part of the mix reality software Microsoft is releasing.

The downfall to tethered units is that your movements and range are limited. You will also need to ensure your PC can power the alternate universe, or as in the case of the PlayStation VR, you must have the PlayStation 4, one of the most expensive systems on the market.

However, being tethered isn’t as bad as it may sound at first. You will have quite an area to work with. The systems will come with the virtual reality headsets, controllers and base stations for tracking your movements. In most cases, you will have between eight and 12 cubic feet of movement area.

The headsets tell the system what movements you are making, be it ducking, directional movement, turning, jumping, etc. The controllers allow you to control various aspects such as menu selection, or in the case of virtual reality games, character movements and weapon wielding.

As it currently sits, you have two basic options for virtual reality gaming: Computer-based gaming or the PlayStation 4. Because Microsoft hasn’t released their VR programs, the Xbox is still without a virtual reality headset or equipment.

This doesn’t mean you can’t play virtual reality games though. The PC games include a very wide range of action-adventure and role-playing games in the current VR market. Oculus, one of the originators of the virtual reality gaming software was purchased by gaming giant Bethesda. As a result, most of the titles in the Bethesda library are getting a virtual reality overhaul. One of the first to be released was the game of year winner Skyrim.

Now you can battle dragons right in your living room. The same goes for the PlayStation and the PlayStation VR. You can use the console for your virtual reality needs, plugging the headset into the port on the PS4 and using the wireless controllers for movement and activations.

The gaming library may not be very large at the moment, but because home VR is still in its infancy, we can expect more game manufactures, movie production companies and other studios to begin work on long-term projects.

These projects will not only add to the growing library but will improve the overall aspect of the entire realm of virtual reality. It may not be very long before we have smaller, more portable units and are able to take them for longer distances and travel without being tethered to a ten-foot cable.

Virtual reality is no longer just a myth or a concept seen in a black and white science fiction film; it is a tangible item we can use in our own living rooms. With the proper virtual reality headsets, you can turn your mobile phone into a brand-new universe.

With mobile companies like HTC and Google getting in the mix the experience is not only affordable but also fun. What once started as just an app on the phone has turned into an enterprise with no end in sight.

The YouTube VR channel is a fun and exciting opportunity to experience a tiny window of virtual reality. Using your phone to turn and look, like a handheld window into another world, you can see new places, or even shop for a new home without ever leaving your couch.

While the overall market is small at the moment, it is getting more and more popular as more and more companies are jumping on board. It won’t be long before we have entire virtual reality systems that have virtually no limits.

Everything from games, videos, movies and even interactive communications will soon be possible. Bringing our world closer together and able to explore new worlds that are otherwise unreachable.