Wireless HDMI Could Change Your Outlook On Entertainment 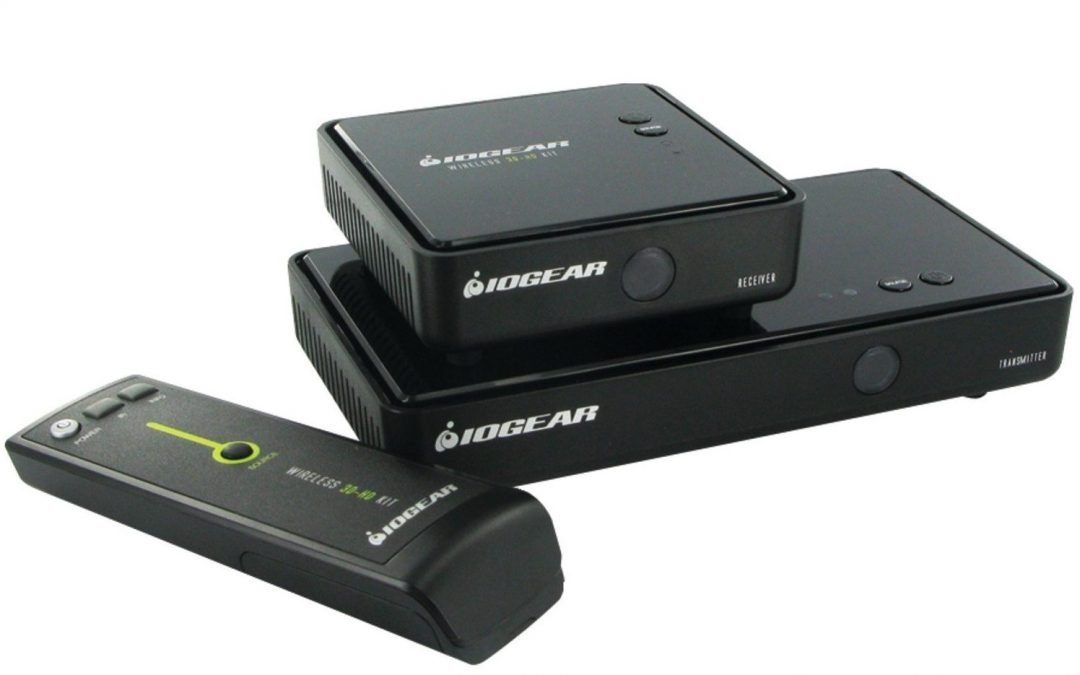 You already know about HDMI -- it's a way of transferring video to your TV or projector from various digital devices such as an XBox, a computer, or even your smartphone or tablet PC. But what is wireless HDMI, and how does it work to accomplish that task? Learning how you can use your wireless HDMI to your advantage can help you make the most of your entertainment system and your entertainment time, too.

Quick Navigation
What is HDMI, Exactly?
What is Wireless HDMI?
What You Need to Get Started
Wireless HDMI and an HDMI Extender: What's the Difference?
Questions to Ask Before Buying Your Wireless TV HDMI Kit
So Where Can I Get It, and How Much Does It Cost?

What is HDMI, exactly?

HDMI stands for "high definition multimedia interface." That's certainly a mouthful! It's a way of transferring uncompressed audio and video data from a digital source to an output device. The digital source might be a computer, a Roku box, a smartphone, tablet PC, or any number of other devices that have HDMI ports.

Output devices like monitors, TVs, and projectors, also have an HDMI port. You play your media on the devices, then the HDMI cable connects from the HDMI out port on that device, and sends the data from that device to the one on which you are viewing the content. The cable is what enables the transfer of data from one to the other.

Other technologies use the HDMI protocol as well. For example, Amazon's Fire Stick, which plugs into the HDMI port on your TV or device, and allows you to access your Amazon content. The Roku streaming stick also connects via HDMI, as does the TV Now Smart Stick.

What is Wireless HDMI?

As you might have guessed, wireless HDMI is a way of using the HDMI protocol without using an actual HDMI cable. With wireless HDMI, the transmitter is a small device that plugs into the computer or another device. The receiver is another item that plugs into the monitor or projector on which you will view the media. The transmitter and receiver communicate wirelessly.

Why do you need it? Well, there are a couple of reasons.

First, you're probably a bit fed up with the snake's nest of cables connecting your TV to the cable box, your gaming console, and everything else. It's bulky. It's inconvenient. On top of that, it's annoying. Wireless HDMI banishes some of those cables and makes your entertainment space sleek and tidy.

Also, wireless HDMI enables you to connect more devices to your monitor. Plus, most wireless HDMI devices also have an infrared port. This allows you to control the device from another room. What you need to get started

It's surprisingly easy to get started with wireless HDMI -- just plug in and play. But first, you'll need the right equipment.

Yes, you can buy all the pieces separately. But you'll save aggravation, and possibly money if you buy all of the parts together in one wireless TV HDMI kit. Here's what you should look for.

An HDMI transmitter can take a couple of different forms. First, it might look like a data stick that plugs into the USB port. However, instead of plugging into your computer's USB port, it plugs into the HDMI port. It might also look like a small box with or without an antenna.

The receiver is generally a small box, and it looks much like the old cable boxes. It may sit behind your TV, or you may have the option to mount it on the wall. It may or may not have an antenna. Also, it may or may not connect to the TV with a cable. Finally, it may need AC power, although some models take their power from the TV.

Some kits come with a remote control. Others do not. Always check to see if your setup will need a remote. If so, make sure that it's included.

What? Cables? Wasn't the whole point of buying a wireless kit to get away from the cables? Yes, it was. But, some wireless HDMI receivers plug into your TV or projector with a cable while receiving data wirelessly from the transmitter. Always check to see whether the transmitter and receiver you're considering need cables or not. And if they do, make sure the cables are included in your kit. Wireless HDMI and an HDMI Extender: What's the difference?

Wireless HDMI allows you to transfer data wirelessly between the source (your computer, cable box, Roku box, etc.) and the output device (the TV or other projector types).

Questions to ask before buying your Wireless TV HDMI Kit

You should always consider a few crucial things before buying a wireless TV HDMI kit. What matters most usually comes down to the individual and specific preferences, but it's always good to know more!

Does The HDMI Transmitter Use Dynamic Frequency Selection?

What on Earth is that? Don't worry. It's easy. Yet you do need to know about it. Dynamic frequency selection is the term for the way that the transmitter automatically searches for the clearest frequency channel. That is, it looks for the channel that has the least amount of static or other interference. As a result, your transmitter will automatically bring you the clearest available channel.

The latency is the amount of time it takes for the transmitter to send your media to the receiver. This is measured in milliseconds. The longer it takes, the higher the latency. A higher latency means increased lag time in processing your media. This is especially important if you're doing wireless gaming. Look for an HDMI transmitter with a latency period of "zero," or "latency free." This means a latency of less than one millisecond.

What on earth is 1080p and how is it different from 1080i? 1080p and 1080i are two different ways of displaying high-definition images on your screen.

The "i" in 1080i stands for "interlaced scan." That is, your screen displays an image by illuminating odd and even pixel rows in an alternating fashion. This happens very rapidly -- each row flashes 30 times per second.

The "p" in 1080p stands for "progressive scan." In short, your screen displays each row, one by one, very quickly -- 60 times per second. The result is a higher quality picture, which some call "true HD."

While most people won't see a vast difference between the two with the naked eye unless they know what they're looking for, the difference can show up in fast-motion scenes. It's worth noting, however, that the picture quality isn't significantly different on screens smaller than 42 inches.

How Far Can The Transmitter Send Data?

One of the advantages of a wireless HDMI setup is the ability to send data between rooms. Make sure you know the range of your transmitter and receiver, so you know how far apart they can be, and still send the signal. Much like Wi-Fi, wireless HDMI signals can get cut off or lag more when they're too far from the transmitter.

Does The Transmitter Need A "Line Of Sight" To The Receiver?

Also, check to see whether the transmitter you're considering can send data to another room, or if it requires a "line of sight" to the receiver. Some transmitters can even send data to more than one other receiver at once. And that's a pretty neat trick. So where can I get it, and how much does it cost?

You can find a wireless TV HDMI kit pretty easily. Whether you prefer to shop in person at your favorite tech store or shop online, there are plenty of options available. Prices vary. The average price appears to be between $150 and $200. You can, however, spend much, much more.

It's important, first, to determine your needs. In addition to price, consider the following:

Wireless HDMI is an exciting technology. And it could potentially revolutionize your entertainment system. It's crucial, as always, to do your research so that you can put together precisely the right setup for you.