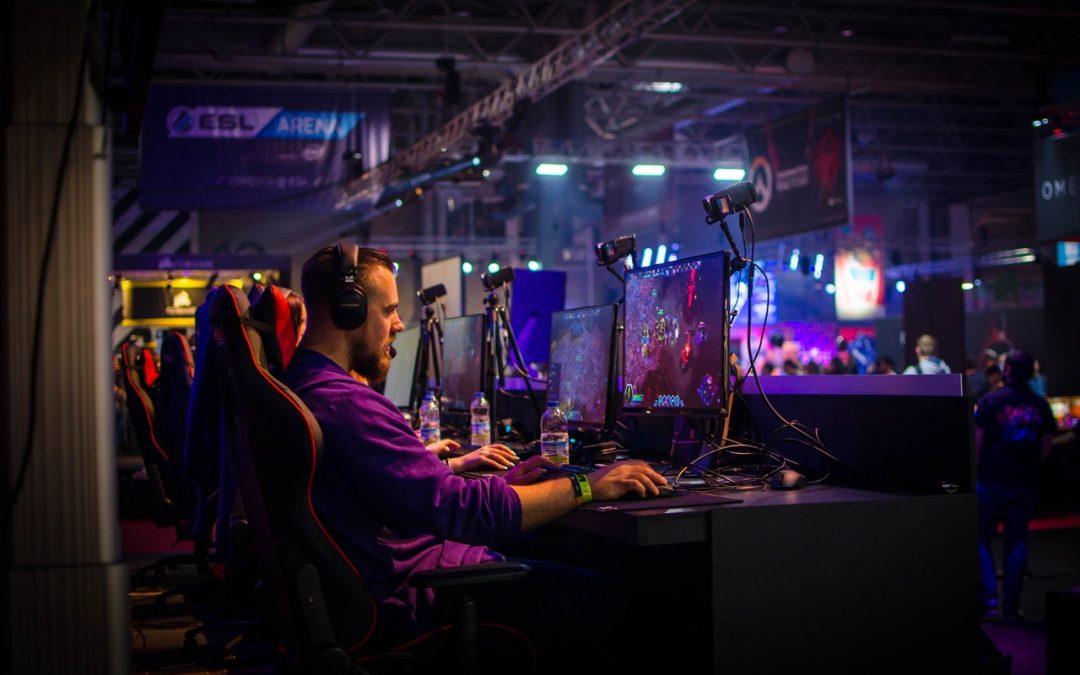 Twitch is a hugely popular game streaming platform, and some digital interfaces, such as your PC, require a Twitch stream key before you can start broadcasting your content. Twitch game streaming is simple enough to get started and passively steaming your content. It is also relatively simple to learn enough so that you can stream your own gaming content, and even build an audience who will watch you play.

What is a Twitch Stream?

Twitch has around 15 million daily users and over 2 million broadcasters creating content every month. A Twitch stream is all this fresh content provided by users.

Twitch’s many features and abilities help it stand out from the crowd. For example, viewers of a Twitch channel can also chat live during a broadcast. This not only lets the streamer interact with their fans, but it also means that people watching can communicate with each other. In this respect, Twitch is a highly dynamic and exciting platform, for both fans of video games and gamers alike.

Although anyone can set up a Twitch stream and broadcast live, Twitch has become best associated with video games. People play popular titles such as League of Legends, Overwatch, Playerunknown’s Battle Grounds, or Fortnite, as well as lesser known titles.

What makes Twitch different in the gaming community is that you can often watch professional e-sports players stream. This offers unique insight into how the best players play, while also allowing fans to connect more with their favorite players. For example, you can see Lee “Faker” Sang-hyeok, often considered the greatest League of Legends player of all time, play the game.

Even celebrities outside of the gaming world are utilizing the power of Twitch. Tottenham Hotspur midfielder Dele Alli, for example, has streamed himself playing Fortnite. By all accounts, the game appears to have caught on in the soccer world, with Fortnite-inspired goal celebrations. How Can I Stream?

You don’t have to be a current esports pro to make your name on the platform. For example, Tyler “Ninja” Blevins, who broke onto the scene as a Halo player, now streams full time to his fans and plays Fortnite, either in solo queue or with a group of fellow streamers.

Ninja’s popularity is indicative of how powerful Twitch can be as a platform. Not only do Ninja’s streams regularly attract over 80,000 viewers, but he holds the current Twitch streaming record from when around 667,000 people tuned in to watch him participate in a Fortnite event at the Luxor Hotel and Casino in Las Vegas.

To stream on Twitch, you’ll need a few things, including a twitch stream key.

First things first, you will need a Twitch account to be able to stream. Once you have an account set up, it’s then relatively easy to get ready to stream content on your Xbox One, PS4, or PC.

Twitch also outlines the minimum broadcast requirements you need to set up a stream, which you can find here.

Streaming on Xbox One, PS4, and PC

The Xbox One and PS4 have some built-in streaming capability. However, you’ll need to get broadcast software before you can start streaming on PC. Twitch outlines the following broadcasters on its website:

XSplit tends to be a popular option as it’s easy to use. However, you do need to pay for some features. The other options are free, so it’s a matter of researching each option and seeing what works best for you. Do I have to stream a particular game?

One of the joys of using Twitch is that you can choose to stream anything you like. So whether you’re into Final Fantasy games or The Legend of Zelda titles, there’s nothing to stop you streaming as you play through the game.

However, if you’re looking to attract more views, it may be a good idea to choose a more current title to stream. Current games that are popular to watch on Twitch are titles such as Overwatch, League of Legends, DOTA 2, Call of Duty, and Fortnite. However, there are plenty of other popular titles as well. Twitch can sort games by their popularity. This means you can see on the site which titles might be best for you to pick up and play.

Games such as League of Legends have been popular for many years. In particular, the views for their e-sports leagues, such as the LCK or LPL, reach the tens and occasionally hundreds of thousands.

Of course, if you don’t want to, you don’t even have to stream games at all on Twitch. This is because Twitch also has a popular “IRL” section. IRL streams operate in essence as a vlog. This gives the broadcaster a platform to share their thoughts on whatever subject matter they choose. What’s more, IRL doesn’t require a streamer to play a game while streaming.

How Can I Increase My Number of Viewers?

It can be difficult when you first start out streaming. Unless you’re already an established name within your niche or have a large following on sites such as Twitter, with users who will migrate to Twitch to watch your stream, it can be tricky to get those views up initially.

However, the key is not to lose hope and to keep growing your stream and your number of subscribers gradually.

For example, one of the best ways you can help improve your streaming numbers is to make sure you have the core equipment for streamers. Usually, this is a microphone and a webcam camera as a minimum. You don’t need to spend a fortune when you’re first starting out, but having these two items will really help you connect with your audience. What’s more, they will help your audience, in turn, connect with you.

In the same vein, it also pays to be interactive with your viewers. Try to say hi to any new users that join the stream, or ask your viewers questions as you’re streaming. This encourages engagement and will help keep viewers on your broadcast for longer.

It’s also in your best interest to make sure your stream looks good. Try to look at popular streamers in your area to get some ideas on what works. This should inspire you and help make differences that improve your own stream.

Finally, try to keep to a regular schedule. Viewers really value reliability and consistency. As such, running your stream around the same time each day will help encourage a following. If you’re not sure what times are most popular for your niche, experiment with morning, afternoon, and evening broadcast times. Once you see when you get the most visitors, try to broadcast at that time. Get The Best Out of Your Twitch Stream

Twitch is a huge online platform for gamers. It has become a community where people can get together and watch their favorite streamers play their favorite games.

Regardless of whether you’re a professional Esports player or established name within your niche, you can get involved in Twitch streaming and develop your presence on the site. With millions of users a day, Twitch is a great place to meet new people, share ideas, and have fun gaming.

Although it can be difficult to get starting in streaming at first, the key is to be patient. This way, you can grow your stream organically. Provided you produce engaging content and interact with your viewers, you should be able to increase your average viewership each month. Before you know it, you’ll have your own community of subscribers and viewers.

Thankfully, it’s relatively easy to start streaming on Twitch if you’re on Xbox One or PS4. However, things are a little more difficult for PC gamers. Free broadcast software providers are available, such as OBS mentioned here. What’s more, if you choose to use software such as OBS, it’s relatively simple to get set up once. All you need is some time to get used to the software’s learning curve, and your Twitch stream key.