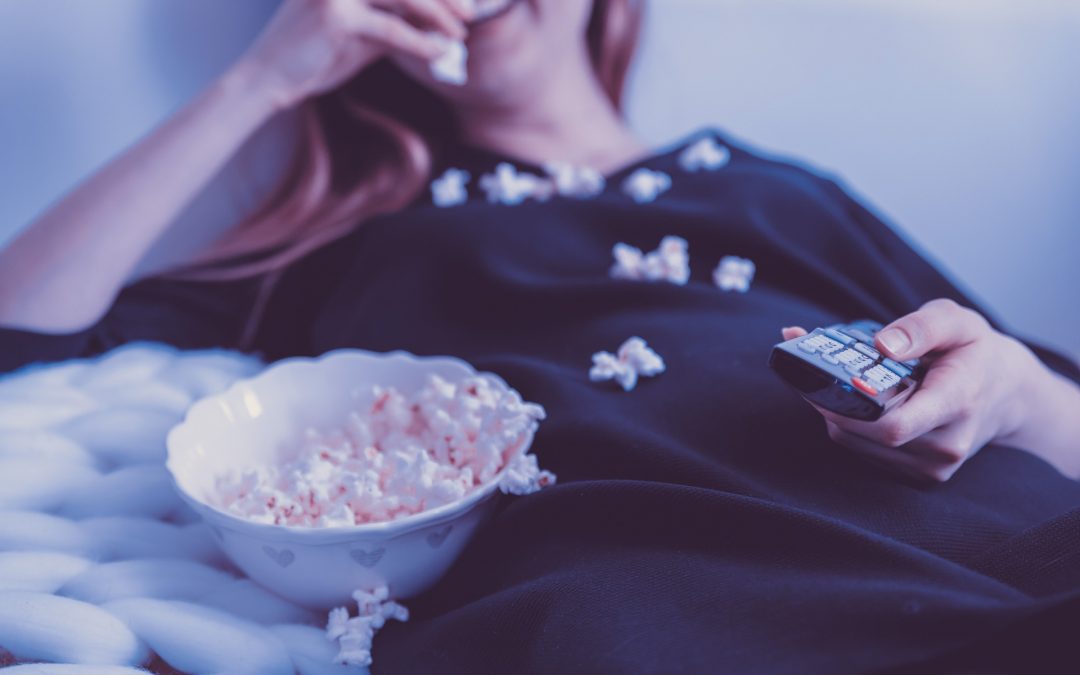 Quick Navigation
The Definition of a Romantic Comedy
9 Best Romantic Comedies and TV Shows
1. New Girl
2. ​​Younger
3. Jane the Virgin
4. Crazy Ex-Girlfriend
5. ​​Cheers
6. ​​Friends
7. How I Met Your Mother
8. Sex and the City
9. ​You’re the Worst
So, Can Cable Keep Up?

There are very few people who dislike romantic comedies. It’s hard not to love them. They can make you laugh and cry all at the same time.

Cable and streaming companies are scrambling to get the best romantic comedies out to their audiences. People are starting to wonder, can cable keep up with Netflix and Hulu or are they falling behind?

It’s easy to count cable out since companies like Netflix and Hulu create their own exclusive movies and shows, but people may forget the sheer mass number of movies and shows, especially romantic ones, that cable can play.

The Definition of a Romantic Comedy

What’s the definition of a romantic comedy? We all think we know it, but what is the true definition?

According to Merriam-Webster, a romantic comedy is “a light, comic movie or other work whose plot focuses on the development of a romantic relationship.”

You can split romantic comedies into shows and movies. A perk of shows is the fact that they’re long running. You get to watch characters fall in love in a way that’s closer to real life. It takes a while. It’s full of small actions that create love, not grand gestures.

Below are our 9 favorites:

​​​​​​​​​​​​When this show came on the scene in 2011, it charmed people with its “adorkableness.” It created characters who had stories outside their romantic exploits, but those exploits share the same amount of screen time.

While the adorkableness got old for some people after a while, it did allow the show to have some of genuine awkward moments that come with flirting and dating in real life. While sometimes the characters felt like, well characters, the interactions they had often mirrored your own. This show turns a stereotype, an older man with a younger woman, on its head. Instead, its main character is a 40-year-old woman who just had a separation. She finds love again in a 26-year-old, tattooed guy that was only meant to be a one night stand.

The main character is trying to start her life over after her after separation. She lied about her actual age because she looks a lot younger than she is. So, she says she’s in her mid-20's instead of being 40.

She starts a new job at a publishing company, makes friends with a younger woman at her company, and is trying to figure out what love is to her. This is all while also being a single mom. This show has completely embraced the genre of romantic comedy. It’s got the humor of the over the top action of telenovas, with the passion of romance novels.

It’s all about love being meant to be. The main character, Jane, is a virgin waiting for her one true love. She’ll know when it’s the one because everything will be just so. She expects a fairy tale.

However, things get a little more complicated when she gets pregnant via an accidental insemination at her OBGYN’s office.

Though things aren’t always funny and rosy, this show makes you care about the characters and allows bad things to happen to them. Even killing off beloved characters without bringing them back. You wouldn’t think that with a title like this, that it would make a great romantic comedy, but you are wrong. The actress who plays the main character, Rachel Bloom, is smart with her writing and acting.

She plays the delusional heartbroken ex-girlfriend well. She is able to show the extent of it without making it unrealistic. Even if she moves across the country, chasing a man that she hasn’t seen for years.

It’s not just about the men though, slowly Bloom’s character starts to learn more about herself. She moved to not only follow a man, but to escape from the oppressive life she didn’t want to lead.

She starts to make genuine friends with others, feel more accomplished at her job, and overall becomes happier as she adjusts to her new life.

But the show is also unafraid to take the best romantic comedies clichés and break them in half. This is a beloved classic sitcom. The show is about a group of misfits that hang out at a bar named Cheers. The owner struggles to put his life together while battling alcoholism.

He has a turbulent romance with Diane, who he hired as a waitress. Their ways of thinking are just too different which causes clashes. He also has another romance with another woman who is just as much of a mess as he is.

The main patrons have their own romances as well. You wouldn’t think that people meeting at a bar would be as very long lasting, but they hang in there! And, although the characters are genuine, they aren’t perfect. They are struggling. They are mean to each other. We see ourselves in them.

But, when they have their good moments they mean something. That’s why we care about the results of their romances. Another classic that many people have seen. It stars 6 friends who are in their 20's. They go through life, both the good and bad, while holding on to each other. Each character has their own backstory and personality.

They are all desperate for love, going through suitors until they find love within each other. Ross and Rachel, Monica and Chandler, these are beloved couples.

The fact that the show can balance 6 main characters, along with all the side characters, is impressive and changed the game at the time of their running. Viewers get to see them grow up and the growing pains that come with it. 7. How I Met Your Mother

This show is all about being a love story. It’s told in the form of the main character, Ted Mosby, telling his kids how he met their mom. The story is not a simple A to B story.

It stars Ted and his 4 friends. Each of them has their own story-lines. Even though there are several paths being followed at the same time, it’s somehow easy to understand all of them.

There are many romantic exploits throughout its 9 seasons. Some are brief, like one night stands, or long lasting ones like Marshall and Lily’s marriage. The show plays with its audience expectations. As you get to know the characters, you think you know who they belong with.

But the show doesn’t let things be that easy. They make it messy and hard and confusing. Just like how life is. This show follows women in New York during the 90's. The 4 women are friends and in their 30's and 40's. They stay close to each other even through all the changes in their lives. But it’s not just about sex and gossip.

The show also tackled big topics like sexuality, safe sex, cancer, you name it, it was talked about. It balances romance with friendship. It shows that you don’t need to be romantically involved to be close.

Though that’s not to say it didn’t have romance. It has many different romances of different lengths. The most popular one is Carrie’s relationship with Mr. Big. It’s an on and off relationship, that goes back and forth throughout the series. This is what some would could consider a dark rom-com. It’s more of the cynic’s version of romance. It follows Gretchen and Jimmy, who end up having a one night stand in the pilot. The two of them both hate relationships and spend time justifying being single while sleeping together.

This show seems to go out of its way to show how bad the two are for each other. This doesn’t mean that the characters themselves are bad. Rather, they are fully fleshed out people who just happen to not be good for each other.

So, Can Cable Keep Up?

While Netflix and Hulu have some great romantic comedies, both with movies and shows on their roster, that doesn’t necessarily mean the end for cable. While people who don’t have either of those services may not be able to see the exclusives, they can see a lot of the same stuff on cable.

Cable not only creates its own work, but often shows the works of others. You can easily flip through channels and find a slew of repeats of the shows listed above or hit movies that were in theaters.

Your options are not as limited as they seem. So, grab some popcorn and binge watch some of the best romantic comedies out there!